“You don’t think it is going to happen to you. I was diagnosed with stage 4 cancer and had no idea I even had anything wrong with me,” said Gilbert. “They called back on the day we went in and said it was stage 4, not 1, which is what we originally thought. It was a Friday, and I had to preach on Sunday. I had a sermon prepared on the healing power of God. I thought, “I can’t’ preach this…and I felt like God said, ‘Everyone is going to see that sermon play out,’” he said.

Chris and Stephanie Gilbert launched Vertical Church in 2010, in Indianapolis, IN (ARC church plant No. 153). By planting with ARC, they had relationships with others in the ARC Family, but when Chris was diagnosed with cancer, he began to see first-hand the generous heart of others who were a part of the ARC Family.

“Politics is out the window, and people just care about you. I remember we had some serious low moments, and we would get texts from ARC pastors at the most random moments, saying, ‘We are praying for you although you don’t know us.’ Being a part of something like that makes a huge difference, especially in moments like that,” said Gilbert.

“We started getting emails, support, and even finances sent to us from people throughout the ARC Family. Some from people we had never met,” he said. “It was because of the ARC Family…it helped us through that time.”

Chris and Stephanie prayed about what to do after hearing the diagnosis. They felt like they wanted to look at alternative options vs. just chemotherapy.

“Our oncologist said he would treat me with chemo and radiation. Cancer would most likely come back in two or three years, and they would have to treat again. Then after a couple more years, the doctor said I would have a stem cell transplant then in 10 years I will be dead,” said Gilbert.

They respectfully got a second opinion and found a holistic type of treatment in Arizona. It was expensive, but with the support from the ARC Family and pastors who had heard their story, the treatment they had hoped for was an option. “We weren’t sure how we were going to handle it financially, but because of all the support we got, we were able to do the treatment,” he said.

“We knew this was the right decision for us and that if it were the route we were supposed to go, He would provide…and the checks and finances started coming in.”

While Pastor Chris went through treatment, the associate pastors in his church helped preach, but it wasn’t for long. He was back in the pulpit about a month after he was diagnosed and hasn’t missed since. “I never stopped doing ministry. I just kept moving forward and preaching.”

It has been almost four years since his diagnosis, and there is no sign of any cancer. When asked how cancer changed him personally and as a pastor, he says it changed how he saw people in sickness.

“We can have sympathy with people, but when you walk through it, you have empathy. You find yourself staying those extra few minutes at the hospital because you know how much that means to people.”

“We have had several people go through cancer since I was diagnosed. We are doing what we did, but it just feels different now. Our staff has picked up on it. Our culture was strong, but it has gotten even better since my diagnosis. If you are faithful, he is going to be overwhelmingly faithful.”

As for his ARC Family, he got to see a different side than what he had seen before. “It changed what ARC was for us. The guys were there at the right time to lean on. They helped give us strength. God didn’t give me cancer, but your faith can die and quit, or you can grow in it.”

“Life-saving sounds dramatic, but not for our situation. It saved my life and my family.  ARC shows us how to be a life-giving church, not just building it but shows you how to really be that and do it.”

To learn more about the ARC Family, visit arcchurches.com/join. 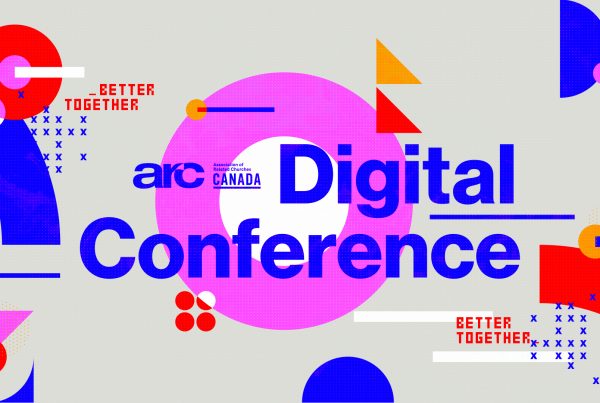